Nolan T’Sani received his formal training at the North Carolina School of The Arts and the School of American Ballet prior to joining the New York City Ballet.  Under the directorship of George Balanchine and Jerome Robbins, he performed numerous leading roles which include Serenade, Jewels, Symphony in C., and Midsummer’s Night Dream, dancing with such renowned ballerinas as Patricia McBride, Suzanne Farrell, Gelsey Kirkland, and Allegra Kent.  Mr. T’Sani assumed the directorship of the Capitol City Ballet from 1978 to 1990 and has served as Ballet Master for the Hong Kong Ballet.  Mr. T’Sani now teaches at Sacramento State and is a guest teacher, choreographer, and performer with the Sacramento Ballet. 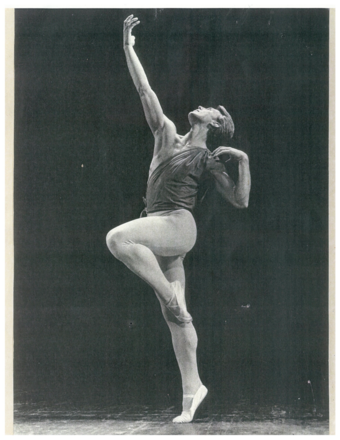 Born and raised in California, Samuel Fulk grew up performing in musical theatre and dramatic productions.  Sam joined the pre-professional company Santa Cruz Ballet Theatre, directed by Robert Kelley and Diane Cypher.  He went on to perform professionally with Utah Regional Ballet for five seasons under the direction of Jacqueline College while concurrently attending Utah Valley University (UVU), graduating in 2014 with a BFA in Dance, Ballet emphasis.  Sam taught at Academy of Ballet, directed by Lynne Thompson, and served as the Director of their second company, Ballet Utah II North.  Since moving back to California, Sam has become a highly sought after dance instructor, teaching master classes in ballet technique at several local studios.

​Sara Mullins discovered her love of ballet as a young adult. She dances at the Ballet Studio and also took dance classes while a student at Sacramento State University. She became an elementary school teacher after receiving her B.A. in Liberal Studies from CSUS and Teaching Credentials and Master's in Education at UC Davis. She now teaches kindergarten in Galt, CA where she also runs a ballet club for students at her campus. She has worked as an assistant teacher at The Ballet Studio since 2013. Sara looks forward to performing in the annual recitals each year and has also performed in various musicals and plays during high school and college. Sara thoroughly enjoys working with children and sharing her love of dance with students of all ages.

In 1973 she began the study of teaching technique with LaVerne Krei in the Sacramento area as well as internationally recognized “teacher of teachers” Charles (Chuck) Kelley in New York. She has taken classes at the Joe Tremaine and Roland Dupree studios in Los Angeles. Patrice arrived at The Ballet Studio in 1995 to study with our founder Bobbi Bader.

Her expertise lies in working with teen and adult dancers to help them understand the fundamentals of good technique and encourage them to explore the joys of body awareness and movement.  There is no better experience for her than seeing that “lightbulb” turn on when a student understands and incorporates a dance principle.